Simplicity is touted by many, but actually achieved by few. Too many companies over-complicate concepts to sound advanced and intimidating, while explaining matters simply -- in plain English -- is far more demonstrative of understanding and transparency.

When NASA’s Space Shuttle Challenger exploded 73 seconds after takeoff in 1986, physicist Richard Feynman not only traced back the heart of the disaster, but he did something other scientists could not: he explained the failure in 30 seconds, requiring only a glass of water and simple terminology. By immersing the O-rings used to seal portions of the aircraft in ice water, he demonstrated how the rings become more rigid and susceptible to breaking in freezing temperatures, as was the Florida forecast the night before the Challenger’s takeoff.

Thus was coined the Feynman Technique, which strips down complex concepts to its core in a way that a child would understand, nixing the confusing jargon, leaving a brief and concise story from which everyone can gain.

It’s easy to hide the gaps in your knowledge behind technical terminology that you know your audience won’t understand. It’s honest to boil the complexities down and demystify. That’s why, alongside the Copernicus Room and others, our office’s conference room--the room in which we spend the most time brainstorming and moving our company forward--is dubbed the Feynman Room.

Just as Feynman transformed a concept as complex as the enigmatic behavior of subatomic particles to the simplistic visual diagram that revolutionized theoretical physics, our mission is to take the mystery out of predictive analytics. What separates Spinnaker from the pack is not what we have, but what we don’t--bells and whistles, red tape and whatever else stands between the problem and the solution. 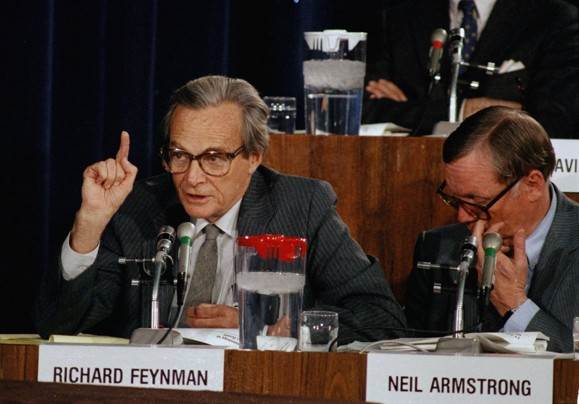 Please provide your information to view the Fact Sheet